Two re-releases and another PS1 classic are the newest additions to the library: Intelligent Qube for the PS1, The Elder Scrolls IV: Oblivion 5th Anniversary Edition for the Xbox 360, and Shin Megami Tensei: Devil Survivor Overclocked for the 3DS. 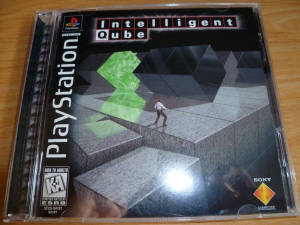 Has there ever been a game you played when you were younger that you thought was super cool for no apparent reason? It wasn’t popular, there wasn’t any redeeming characters like Mario or Sonic, but there was just something about it that made you want to play it again but you could never actually find it? Well Intelligent Qube is one of those games for me. It packs a high price tag even today, but the unique blend of platforming and puzzle solving in 3D really made the game stick out to me. Look for it later this week. 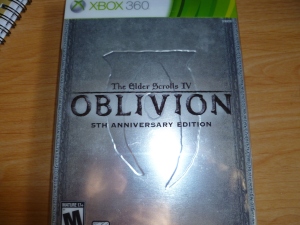 I haven’t played as much of the Elder Scrolls series as I should have. When Oblivion first came out I played it on the PC, and it was my first Elder Scrolls experience. I picked up Morrowind on Steam a few months back but have yet to play it either. But as it stands, I thought Oblivion was a great title, and a very new type of RPG than I am used to. This special edition, aside from having a sweet metal case, also has both DLCs for the game, a cool map of the land, and a $10 off coupon for the upcoming, and highly talked about, Elder Scrolls V: Skyrim. I do, however, wonder how this game fairs to the PC version. Time, and other games pending, will tell. 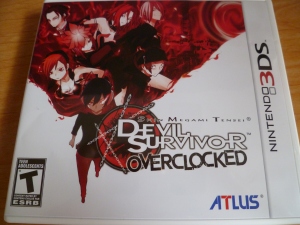 Lastly we have the new 3DS title Devil Survivor Overclocked. I’m a fan of the SMT games, but I actually never got around to playing the heralded DS original. I was able to get a few hours in to this one over the weekend and so far I’m impressed. The game follows a group of teenagers across Tokyo who discover that devices eerily similar to a Nintendo DS are capable of releasing demons into the world. Plots thicken when the Tokyo area in threatened by these demons to kill all the people in and around the area in a matter of days. The game follows closely to other SMT games in that you have the same sort of demons you always see in the games, but the story is new and fresh. Strangely, there isn’t any use of the 3DS’s 3d capabilities. I read online that there’s an additional chapter at the end of the game, but overall this looks to be just an enhanced port as opposed to a completely reworked title.

That’s all for this week folks. Until next time …