In case you haven’t noticed yet, I am a fan of RPGs.

So it’s fitting that this week is full of RPG news.

Baldur’s Gate, Final Fantasy XIV, and even my old friend World of Warcraft.

You know, I actually have never played this game before. And it’s usually regarded as one of the greatest RPGs and PC games of all time, and I STILL have yet to play it. But all that’s about to change come September 18th, when Baldur’s Gate gets re-released for the PC for just $20. On top of that, this Enhanced Edition includes brand new content like extra characters and places to explore, as well as “over 400 improvements to the original game.” Sign me up! (Source: Game’s Website) 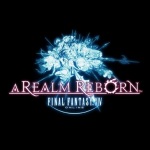 So when Final Fantasy XIV was released, people weren’t very happy. The game didn’t have a lot of content it should have, like a intuitive party system and simple trading means. On top of that, the game wasn’t too fun. So Square Enix took it upon themselves to fix this broken/rushed product. That fix was originally titled Final Fantasy XIV: Version 2.0, but it has since been given the moniker A Realm Reborn. I’m happy to see that this game is getting an update it so desperately needed, and one that might bring me in to the world. I really enjoyed the past Final Fantasy MMO, Final Fantasy XI, but I never got into XIV because of the poorly realized world and game system. The patch will be coming out by the end of the year. (Source; Kotaku)

In the latest Diablo III news, there was a glitch/exploit that allowed users to become invincible while playing as the Wizard class. By Teleporting and spamming the hotkey for the Archon spell, users entered an invulnerable state. Interestingly, later in the week an exploit executed similarly by the Barbarian class allowed users to regenerate health very quickly, and effectively give them immortality. But naturally, Blizzard got on top of this very quickly, and the game has since been patched. Let’s never forget our one-time invulnerable brethren as they fought for peace against the lords of Hell. (Source: Kotaku 1, Kotaku 2)

Final Fantasy Versus XIII is NOT cancelled

In even more Final Fantasy news, Square Enix alerted the gaming world this week that the long-in-development Final Fantasy Versus XIII is indeed still coming to the PS3. After missing the past few E3s and not being heard from in any form of huge announcement, gamers thought the worst for the FF13 spinoff. But not to fear, the game is still in development, and it is possible we could hear more about the game this coming September, when a Final Fantasy XIII announcement is expected. (Source: IGN)

In what can only be good news for Ouya fans, the up and coming, ambitious console Ouya recently partnered with video game streaming service OnLive. This is actually really good news, because it means Ouya can, theoretically, support console quality games through OnLive’s streaming service. Now that Ouya has some firepower behind it, concerns about the console failing on arrival are slowly but surely deteriorating. (Source: G4TV)

World of Warcraft expansion coming out in September

For the, umm, millions of you that still frequent the world of Azeroth, the newest expansion Mists of Pandaria will be coming out September 25th. New content includes the playable Pandaren race, the anthropomorphic pandas, as well as the new Monk class and tons of new quests and areas to explore. I haven’t played WoW for well over three years now, but I use to play frequently, and even now hearing about new content and expansions still gets me excited. Who knows, maybe some day Jsick the level 70 Blood Elf mage will rise again. Like Batman. (Source: Machinima)