One of the best things video games can do is bring people together. Multiplayer has been around for decades, and with a general shift toward online multiplayer being the only way to play with others, local multiplayer and party games have been declining. Despite this, some of the greatest video games created were made specifically with local multiplayer in mind. Recently Nintendo seems to be the only publisher making games to fit in this genre, but there have been dozens of games released over the past years that exemplify the party genre. Here is my list of the ten greatest party games ever! END_OF_DOCUMENT_TOKEN_TO_BE_REPLACED 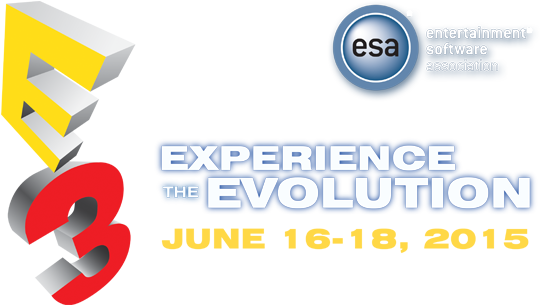 It’s that time of year again. E3 is this week, and with it will come the best and most exciting video game announcements, trailers, demos, and releases for the upcoming year. Many companies benchmark their entire remainder of the year on this show, making or breaking 2015 before it even finishes. Rampant speculation fuels the show year in and year out, and this year is no exception: a few days out of the show and there have already been announcements and rumors flying. But if I could have things 100% my way, we’d be gearing up to hear the following ten announcements at E3 2015. END_OF_DOCUMENT_TOKEN_TO_BE_REPLACED

Combining two weeks of Roundups today because I’ve been so busy with work, going to an anime convention the past weekend, and having family visit from out of state! I’ve still managed to fit in some quality game shopping time (and plenty of time with Splatoon!), and even came across a few great finds at Goodwill as well! Let’s get right into it. END_OF_DOCUMENT_TOKEN_TO_BE_REPLACED

Though its popularity has waned in recent years, Konami’s Dance Dance Revolution franchise has seen numerous entries on literally every platform on the market. It also seemingly single handedly saved arcades from total annilhilation: or at least it staved off their downfall for a few more years. For myself, DDR was a way of life in high school. A group of my friends and I would play every day (no exaggeration there, we’d literally play every day), oftentimes directly after a swim practice or other school event. We even had a small rivalry going with another group of DDR-players at the arcades and in school! While I deemed myself good at the game, I was never anywhere near a competitive level, with even my friends topping me at every corner. Regardless, Dance Dance Revolution made up a large part of my gaming years. I’ve been thinking about the game recently, after picking up a random game in the series, and that got me thinking about my all-time favorite songs from the series. Now, I’ve written a lot of articles on this blog about top tens and whatnot, but nothing has been as challenging to narrow down to just ten than this list! It was tough, but I managed to whittle down all the songs I’ve danced to to just ten, and here they are, my top ten favorite DDR songs! END_OF_DOCUMENT_TOKEN_TO_BE_REPLACED

END_OF_DOCUMENT_TOKEN_TO_BE_REPLACED

In what might be the only tradition I have here at SlickGaming, we are one week away from the 2014 Electronics Entertainment Expo, which means it’s time for some dream predictions! I’ve come to realize that while these are mostly in good fun, they are all actually things I really would like to see come out of the show. Interestingly enough, some of these predictions have come true (more or less): Nintendo has actually made significant progress in the online gaming department, and the PS4 and, more recently, the Kinect-Free Xbox One do indeed retail for under $400! Two out of twenty isn’t that bad, right?

Without delay, here are my predictions for this year’s show! END_OF_DOCUMENT_TOKEN_TO_BE_REPLACED

Games I Have Somehow Never Played…

Well, this is embarrassing.

It should come as no surprise to anyone who has played video game for more than a few years that you just can’t play them all. No matter how hard you have tried, you can’t fit in each video game that releases in a year into your play rotation. Video games aren’t like movies: they can’t be seen and completed in a few short hours (at least most of them). They aren’t as easy to come by in some instances. And sometimes they simply don’t fit into your budget.

For this reason or that, we all have games that we’ve never gotten around to playing. Triple A games, too. The games that may have defined a generation. The games that people are still talking about to this day. The games that you kind of have to just shake your head at when others are discussing around you because you have no idea what is going on.

These are those games. Below you will find the shame of my gaming expertise. These are the games I’ve never played. At least as of yet. END_OF_DOCUMENT_TOKEN_TO_BE_REPLACED

Man, it has been awhile since I had a true Sunday Roundup to talk about! Just one game is fine and all, but let’s face it: Just one game isn’t going to cut it for expanding upon one’s collection now is it? Speaking of collections, this week is comprised mostly of Dreamcast games, a system I am always on the lookout for but never seem to come across. So here’s to you Space Cat, and to more fruitful visits!

END_OF_DOCUMENT_TOKEN_TO_BE_REPLACED

Posted by jsicktheslick on 02/23/2014 in Collecting, Dreamcast, GameCube

Another full year of game collecting has come to a close. While I don’t think 2013 stacked up as much as 2012 (in terms of amount of games added), 2013 still gave me dozens of great new games to play and cherish. I picked up a brand new console in 2013 with the Wii U, and even managed to snag a few new Sega Saturn and original Xbox games as well. This was also a strong year for downloadable games for me, especially for review on the 3DS, so a lot of games I’d have loved to own I only have in digital form. Sad, but not the worst thing that could happen. Without further adieu, here are the games of 2013:

END_OF_DOCUMENT_TOKEN_TO_BE_REPLACED

With literally thousands of video games out there begging for your time and money, it can be more than daunting finding a starting point for a growing collection. Worse yet (or better depending on how you look at it), more and more games are being released each and every week! So where to begin? In part two of a special Game Hunter’s Journal series, we’ll go over the ins and outs of collecting games from the last generation of consoles. Used games will be your currency, getting good deals your fancy, and some quality titles to play will be your reward. Let’s get right into it! END_OF_DOCUMENT_TOKEN_TO_BE_REPLACED