Check here for everything PC related

The Games I’m Looking Forward to in 2016

We’re knee deep in 2016 and there are a ton of awesome games scheduled for release this year! Just like every year, I’m sure I won’t have enough time to get around to all of them, but with so many excellent choices I feel like 2016 will be another great year in video games. Gamers have been spoiled recently: there have been lots of great years of games lately. Not just a few good games here and there, but complete years of consistently great games to keep your systems hot. So let’s check out what’s coming in 2016! Here are some games I’m anticipating to play and thoroughly enjoy this year! END_OF_DOCUMENT_TOKEN_TO_BE_REPLACED 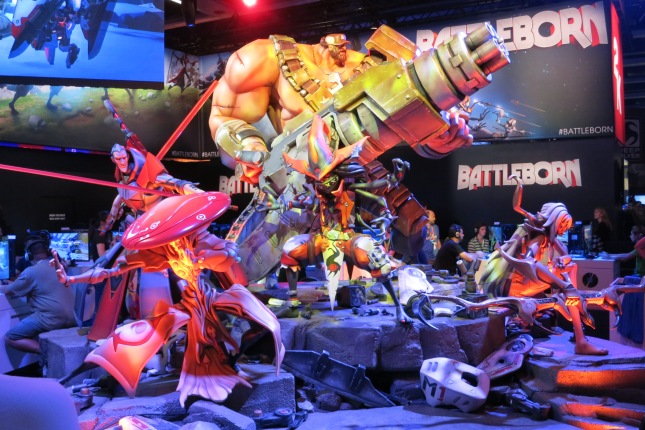 A new Roundup for a new month! Laura and I found ourselves in Mountain View this past week on a day off, and while we weren’t particularly close to GameStop, since we weren’t really doing anything anyway we made the adventure and headed there. I wasn’t disappointed, as a Buy 2 Get 1 Free deal was going on for all used Wii and DS products! Also, some friends of ours are moving this month and they decided to clear out some of their unwanted stuff, some of which included a small box of Xbox 360 games! And, surprisingly enough, I didn’t have many of them! Huzzah for free games (but sadness from friends moving). END_OF_DOCUMENT_TOKEN_TO_BE_REPLACED

All the excitement and buildup to the year’s biggest video game show has come and gone, and left in its wake are dozens of new game announcements, trailers, demos, and press conferences. On the whole I felt this year’s E3 dwells in comparisons to last years (which may stem from my Nintendo fandom), but nonetheless there were plenty of great experiences to take away from this years show. Even if Capcom didn’t announce Power Stone 3 yet. END_OF_DOCUMENT_TOKEN_TO_BE_REPLACED

It’s that time of year again. E3 is this week, and with it will come the best and most exciting video game announcements, trailers, demos, and releases for the upcoming year. Many companies benchmark their entire remainder of the year on this show, making or breaking 2015 before it even finishes. Rampant speculation fuels the show year in and year out, and this year is no exception: a few days out of the show and there have already been announcements and rumors flying. But if I could have things 100% my way, we’d be gearing up to hear the following ten announcements at E3 2015. END_OF_DOCUMENT_TOKEN_TO_BE_REPLACED

Combining two weeks of Roundups today because I’ve been so busy with work, going to an anime convention the past weekend, and having family visit from out of state! I’ve still managed to fit in some quality game shopping time (and plenty of time with Splatoon!), and even came across a few great finds at Goodwill as well! Let’s get right into it. END_OF_DOCUMENT_TOKEN_TO_BE_REPLACED

This week saw a collection of games from Goodwill, eBay, and GameStop. A few of those GameStop games were great finds: games I have wanted to play for a long time and games that were simply a steal for the price. Anytime I can find something at Goodwill is always a treat as well, and this there was even a surprise (literally!) in one of the games I bought. Lastly the games from eBay were part of a lot of loose DS games, but still included some swell finds for a sweet price. END_OF_DOCUMENT_TOKEN_TO_BE_REPLACED

Though its popularity has waned in recent years, Konami’s Dance Dance Revolution franchise has seen numerous entries on literally every platform on the market. It also seemingly single handedly saved arcades from total annilhilation: or at least it staved off their downfall for a few more years. For myself, DDR was a way of life in high school. A group of my friends and I would play every day (no exaggeration there, we’d literally play every day), oftentimes directly after a swim practice or other school event. We even had a small rivalry going with another group of DDR-players at the arcades and in school! While I deemed myself good at the game, I was never anywhere near a competitive level, with even my friends topping me at every corner. Regardless, Dance Dance Revolution made up a large part of my gaming years. I’ve been thinking about the game recently, after picking up a random game in the series, and that got me thinking about my all-time favorite songs from the series. Now, I’ve written a lot of articles on this blog about top tens and whatnot, but nothing has been as challenging to narrow down to just ten than this list! It was tough, but I managed to whittle down all the songs I’ve danced to to just ten, and here they are, my top ten favorite DDR songs! END_OF_DOCUMENT_TOKEN_TO_BE_REPLACED

Review: Tales From the Borderlands Episode 1

When you think of Borderlands, ridiculous guns, absurd violence, and a crude sense of humor come to mind. I’ll be the first to admit I never picture intriguing storylines or deep character development when reminiscing about Gearbox’s powerhouse, but Telltale’s take on the series has turned the perilous world of Pandora into the setting of a grand story full of adventure, backstabbing, and bloodshed—starting it off with episode 1 “Zer0 Sum.”

You can read my full review of the first episode of Tales From the Borderlands over at Machinima’s Wingman site. 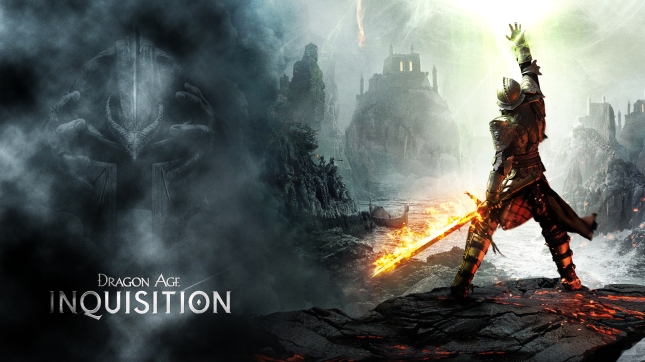 It’s been over three years since we last explored Ferelden and the world of Thedas, and gamers have been yearning for a game to cleanse their palate of Dragon Age II. With the release of Dragon Age: Inquisition, BioWare has made up for all the wrongdoings of its predecessor by creating a real, breathing world on the brink of chaos, as well as a complex and satisfying gameplay experience.