A visit to Los Angeles for family and friends is great, and being able to hit up a couple used game shops along the way is even better! I haven’t been to LA in six years, so it was nice to get back there and see that some places were still the same, but others were totally revamped! Par for the course for a major city I suppose. Anyway, after a visit to a shop that wasn’t all too thrilling, my brother and I hit up a place that was literally, and I mean this in ever sense of the phrase, packed floor to ceiling with games from every console. It was a little piece of heaven that I can’t seem to find in my neck of the woods. Anyway, let’s get to it! END_OF_DOCUMENT_TOKEN_TO_BE_REPLACED

It’s that time of year again. E3 is this week, and with it will come the best and most exciting video game announcements, trailers, demos, and releases for the upcoming year. Many companies benchmark their entire remainder of the year on this show, making or breaking 2015 before it even finishes. Rampant speculation fuels the show year in and year out, and this year is no exception: a few days out of the show and there have already been announcements and rumors flying. But if I could have things 100% my way, we’d be gearing up to hear the following ten announcements at E3 2015. END_OF_DOCUMENT_TOKEN_TO_BE_REPLACED

This past weekend I was finally able to make it to the De Anza College Flea Market! It is held every first Saturday of the month, and I’ve been consistently coming up with reasons why I can’t make it! Laura and I would literally be planning on going one weekend, and then something would come up and cause us not to make it. Thankfully this month we had the backing of Laura’s sister and our friend who wanted to go too, cementing our trip! I went into the flea market hoping to find games (naturally) but was really looking for something extraordinary to make the whole trip worthwhile. There were some good finds, some busted haggles, and, if you can believe it, an extraordinary find! END_OF_DOCUMENT_TOKEN_TO_BE_REPLACED

As long as there have been video games, there has been video game peripherals. Used to simulate, compliment, supplement, or straight up change the way we play a game, peripherals are one of the most hit or miss aspects of gaming culture. After the success of the Wii there were dozens upon dozens of totally useless peripherals to waste your money. While the onslaught of plastic is (hopefully) behind us, there are still game peripherals being released. While successes and failures are bound to happen across the board, the obscurity and rarity of some of these devices can fluctuate regardless of quality. Here are some of my favorite peripherals I’m still on the hunt for, as well as a few of the more obscure or bizarre entries into the gaming peripheral market. END_OF_DOCUMENT_TOKEN_TO_BE_REPLACED

All kinds of craziness this week and last has lead to me not only getting a ton of new video games, but also having no time at all to post about them! Lucky for you, faithful readers, I’ll be posting two Sunday Roundups this week! On another side note, I realized after setting up my photography studio thingy that I missed five games to include in this week’s collection picture to the left! I’ve added them down below, but just a heads up. Also, this week, and especially next, i picked up a ton of games from eBay. Usually I swear of the site, but for the past few months (maybe even a year or so) I’ve been awfully dry in the game collecting market. I decided to take a stab at securing some of those harder to find titles online, and I was met with great success! Unfortunately, now that means I’m going to be shopping/wasting money on eBay more frequently now, which isn’t the best thing to happen… END_OF_DOCUMENT_TOKEN_TO_BE_REPLACED 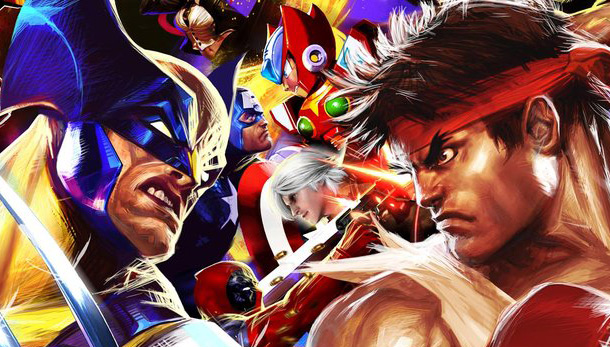 END_OF_DOCUMENT_TOKEN_TO_BE_REPLACED

Last year I was content to leave all of the California Extreme related posts to my Tumblr, which focuses entirely on video arcades and memorabilia. Coincidentally you should check that out if you want to know more about arcade games! This year however, I’m going to grace you all with the retro-filled weekend that was California Extreme 2014. Plenty of great games were played, a lot of machines I otherwise wouldn’t have played in my life were dabbled with, and some games were completely beaten thanks to the wonderful Free Play setting. END_OF_DOCUMENT_TOKEN_TO_BE_REPLACED