Games I Have Somehow Never Played… 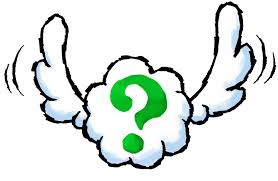 Well, this is embarrassing.

It should come as no surprise to anyone who has played video game for more than a few years that you just can’t play them all. No matter how hard you have tried, you can’t fit in each video game that releases in a year into your play rotation. Video games aren’t like movies: they can’t be seen and completed in a few short hours (at least most of them). They aren’t as easy to come by in some instances. And sometimes they simply don’t fit into your budget.

For this reason or that, we all have games that we’ve never gotten around to playing. Triple A games, too. The games that may have defined a generation. The games that people are still talking about to this day. The games that you kind of have to just shake your head at when others are discussing around you because you have no idea what is going on.

These are those games. Below you will find the shame of my gaming expertise. These are the games I’ve never played. At least as of yet. END_OF_DOCUMENT_TOKEN_TO_BE_REPLACED

As 2011 comes to an end, I thought it would be a cool idea to look back at the year in games. Specifically, the year in games added to my ever-growing library. If you’re a frequent visitor to the site (I greatly hope you are!) you’ll no doubt know I do a weekly blog post about my newest games. So below I’ve collected every game I added this year (well, really only half-year, because I started this blog in late July). I’ve also linked any relevant posts I’ve done about said games, like reviews, Modern Classics, and gameplay videos. Enjoy the small retrospective, and here’s to another fantastic year in gaming in 2012!

END_OF_DOCUMENT_TOKEN_TO_BE_REPLACED

Not really a tradition and more so my tastes don’t really change, every Christmas I usually receive a few video games from my family. This year was no exception, and I am eternally grateful and pleased that my loved ones get me any gifts, let alone games that I really want to play! Here’s what 2011 did for Jsick this Christmas.

END_OF_DOCUMENT_TOKEN_TO_BE_REPLACED

With the upcoming release of The Elder Scrolls V: Skyrim on the memorable date of 11-11-11, I started thinking about the previous game in the series, Oblivion. I was fortunate enough to be given the game as a gift a few weeks back, and after 42hours and 13 minutes, I have successfully completed the game for the Xbox 360. So how does the 5th anniversary treat Oblivion? Well let’s just say I’m pretty damn excited to play Skyrim next month.