RSS
← Review: Dragon’s Crown
The Recurring Bosscast: 023: Can I Get Your Autograph? →

Worth Playing vol. 6: The Brawler Bunch

Brawlers, beat-em ups, side-scrollers (to an extent), and just plain arcade. Whatever you label the genre one thing is for sure: there are a ton of them out there!

Since I started playing video games on the NES there have been side-scrolling beat-em ups. My beginnings were with the Double Dragon series on the NES, which then evolved into the Genesis classics Golden Axe I and II. The love affair took off from there, with every generation producing unique and worthwhile entries in the genre. Though there has been a decline with the recent consoles, a spare brawler rises out of the ashes of nostalgia and captures my heart all over again. The following games aren’t in any sort of order. They’re all just games that are entirely worth your time.

An homage to the entire genre itself, Castle Crashers not only brought back the brawler to mainstream crowds, it showed us how fun the genre can be online! Light RPG elements added plenty of perks to the gameplay, creating an addictive video game that was both fun and rewarding with each level completed. The characteristic art style won over many games too: simple and cute characters and enemies accompanied brutal decapitations, defecating woodland animals, and a somewhat creepy gigantic cat. Even though the game has been out for almost five years it’s still one of the best on Xbox Live Arcade and still the go-to, party RPG brawler.

Why you should play it:
– Addictive gameplay that will gladly suck up all your free time
– Unique art style and presentation
– Four-player multiplayer with friends is one of the best experiences this console generation

With three classic games under their belts, Sega’s Golden Axe crews knew a thing or two about moving to the right and kicking ass. With graphics that were top-notch, at least at the time, killer magical attacks, and the ability to ride on top of beasts and deal out even more damage, each of the Golden Axe games was a pinnacle for the genre. Don’t even bother with that joke of a reinvention Golden Axe: Beast Rider: you’d be much better off paying significantly less and buying the original games on pretty much every other imaginable platform. Oh, and those screams of mortality your foes would wail upon death still remain as some of the most iconic death sounds around.

Why you should play it:
– Great soundtrack and sound effects
– Multiple unique characters to play and enjoy
– Riding that chicken-beast and whipping fools in the face!

An equally impressive series to Golden Axe, in many respects the Double Dragon games could be seen as the better of the two. With several games, a movie, and an animated TV series under their belts, Billy and Jimmy Lee are certainly well known amongst the beat-em up crowd. I have fond memories playing Double Dragon on the original Game Boy as well as Double Dragon II on the NES with my brothers. The Double Dragon series is another example of a game that completely holds up to the test of time and still have an impressive soundtrack!

Why you should play it:
– A challenging yet fun series
– That music!
– Not many games were good enough to get an animated series, but this one did!

River City Ransom is an NES classic through and through! If you haven’t heard of the game, regardless of whether you’re a brawler fan, you’ve been missing out. You play as a school kid who goes through the gangs of bullies en route to saving your girlfriend. Collecting money allows you to buy powerups, extra health, and more moves. Enemies spout out classic quotes upon death such as “Barf!!”. You can beat people up with a trash can. It has everything you’d ever want from a side scroller!

Why you should play it:
– Great NES co-op
– Light RPG elements allow you to customize your character
– Fun overall story with lots of replay value

A brand new game makes the list for incredible replay value, seamless online multiplayer, and mountains of replayability that will have you killing dragons and killer rabbits for months. Dragon’s Crown is great because it does so many things right: the art, setting, and attention to detail is gorgeous, the RPG mechanics are handled extremely well, and multiplayer works wonderfully. In the same vein as Castle Crashers, Dragon’s Crown has all the makings to be the next great multiplayer romp.

Why you should play it:
– Loads of customization options for each character
– Stunning visuals will make  you think you’re watching fine art in motion
– Replayability like none other. 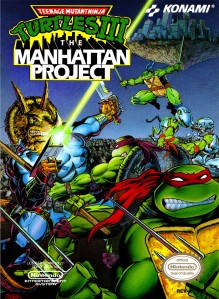 The TMNT series of video games is massive, starting in the arcades and the NES and still running to this day. Though many will argue (perhaps correctly) that the best the series had to offer was on the NES, and more particularly TMNT II: The Arcade Game, for my money the best in the series was Teenage Mutant Ninja Turtles III: The Manhattan Project. Battling the Foot Clan, taking on Shredder, fighting on surf boards(!!), TMNT III had it all. The gameplay was just as grand as the prior game, and though the Super NES classic Turtles in Time is widely regarded as the best in the genre, The Manhattan Project is still a must play in my book!

Why you should play it:
– The same TMNT gameplay that the series is known for
– A great soundtrack and memorable levels
– Co-op gameplay at its best

Capcom may be the king of the side scrolling beat ’em up. There are many titles under the Capcom moniker worthy of being on the list, but none are as epic as Knights of the Round. Based on the lore of King Arthur and Camelot, Knights of the Round lets you play as King Arthur, Lancelot, or Perceval as you quest through the fabled land. A neat aspect of the game is the ability to ride horses, level up your weaponry, and play 3-person co-op. Knights of the Round has tons in common with Capcom’s other high fantasy beat ’em ups like King of Dragons and the Dungeons & Dragons series.

Why you should play it:
– A great setting with solid gameplay
– Wonderful 90s visuals
– Boss battles are fun and dangerous caps to each level 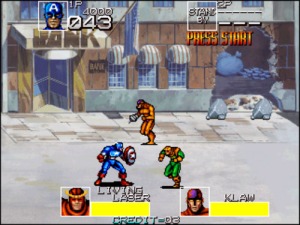 Captain America and the Avengers has a special place in my heart: the game was always available at my local arcade so I constantly played it growing up. The attract mode, sound that plays when you enter a coin, how the announcer says the name of the character you choose, and the quote, “You will be the one escaping!” are burned into my consciousness and I’m happy for it. If you were lucky enough to find a 4-person machine then you were in business, but if you couldn’t find that version then the 2-player one was sufficient. I didn’t feel like the home version stood up at all to the arcade, so I recommend seeking out the arcade version if you can!

Why you should play it:
– You can play as Captain America, Hawkeye, Iron Man, and whoever the hell is Vision?
– Awesomely bad/great voice acting
– Fun and varied gameplay 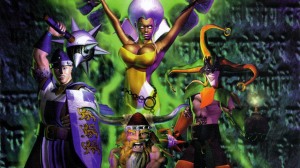 The Gauntlet series has been hacking away for decades but it wasn’t until the N64’s Gauntlet Legends and then the follow-up Gauntlet: Dark Legacy that I really fell in love with it. Mindless fun is the best way to describe Gauntlet: Dark Legacy. I spent hours, days even, killing millions, yes, millions, of enemies with my brother on the Gamecube version. I think I had four Level 99 characters… so yeah, I’d played it quite a lot. Gauntlet: Dark Legacy is the epitome of the, “Just one more level” saying.

Why you should play it:
– Lots of characters to choose and unlock
– Hearing that omnipresent voice say that you’ve gained a level
– Using the 3-way shot combined with the Super Shot is like cheating. Glorious, glorious cheating

Any arcade worth the quarters they received in the early 90s had an X-Men arcade machine, and if the arcade was extra salty they had the 6-player cabinet with two TVs! An absolute arcade classic, X-Men did just about everything right: let lots of players play as popular X-Men characters (and Dazzler), utilize each mutant’s special power, contain hilarious dialogue, and have a truly wonderful art style. Before the release of the game on PSN/XBLA, X-Men was a joy only few players had. Thankfully you can relive the action easily now. Welcome to die, my friends!

Why you should play it:
– Six player co-op is still a unique aspect
– The game single-handily  made Nightcrawler badass

That screen shot should give you an idea of what to expect from Dynamite Cop. A must-play for any Dreamcast Owner, Dynamite Cop is what arcade video games are all about: wacky scenarios, using just about anything as a weapon, and a crazy storyline. A sequel to Die Hard Arcade and featuring the same gameplay, I wish there were more to the Dynamite Cop (Dynamite Deka in Japan) series beyond these two games, but alas I’ll have to get my mop-whirling, fish slapping fun here.

Why you should play it:
– Hitting people with samon, then a rocket launcher, then throwing salt in their eyes is just an ordinary battle!
– Two-player co-op is just plain fun
– An absolutely crazy story that is perfect for the arcades!

← Review: Dragon’s Crown
The Recurring Bosscast: 023: Can I Get Your Autograph? →

3 responses to “Worth Playing vol. 6: The Brawler Bunch”