Watch my latest video review for The Munchables for Wii. It’s a true hidden gem, through and through!

Though its popularity has waned in recent years, Konami’s Dance Dance Revolution franchise has seen numerous entries on literally every platform on the market. It also seemingly single handedly saved arcades from total annilhilation: or at least it staved off their downfall for a few more years. For myself, DDR was a way of life in high school. A group of my friends and I would play every day (no exaggeration there, we’d literally play every day), oftentimes directly after a swim practice or other school event. We even had a small rivalry going with another group of DDR-players at the arcades and in school! While I deemed myself good at the game, I was never anywhere near a competitive level, with even my friends topping me at every corner. Regardless, Dance Dance Revolution made up a large part of my gaming years. I’ve been thinking about the game recently, after picking up a random game in the series, and that got me thinking about my all-time favorite songs from the series. Now, I’ve written a lot of articles on this blog about top tens and whatnot, but nothing has been as challenging to narrow down to just ten than this list! It was tough, but I managed to whittle down all the songs I’ve danced to to just ten, and here they are, my top ten favorite DDR songs! END_OF_DOCUMENT_TOKEN_TO_BE_REPLACED

Posted by jsicktheslick on 02/22/2015 in Collecting, Nintendo 3DS, Nintendo DS

As long as there have been video games, there has been video game peripherals. Used to simulate, compliment, supplement, or straight up change the way we play a game, peripherals are one of the most hit or miss aspects of gaming culture. After the success of the Wii there were dozens upon dozens of totally useless peripherals to waste your money. While the onslaught of plastic is (hopefully) behind us, there are still game peripherals being released. While successes and failures are bound to happen across the board, the obscurity and rarity of some of these devices can fluctuate regardless of quality. Here are some of my favorite peripherals I’m still on the hunt for, as well as a few of the more obscure or bizarre entries into the gaming peripheral market. END_OF_DOCUMENT_TOKEN_TO_BE_REPLACED

I’ve spent a great deal of time with Persona Q: Shadow of the Labyrinth and enjoyed every minute of it. I formed teams with my favorite characters from Persona 3 and made new friends from the lineup of Persona 4 characters. I’ve played cartographer and constructed 100% complete and perfect maps for over a dozen floors in the labyrinth. I’ve fused, sacrificed, and leveled up countless Personas, performed hundreds of all-out attacks, and helped Mr. X hit on girls. I’m not close to finishing the game, but I think I’m done. At least for now. END_OF_DOCUMENT_TOKEN_TO_BE_REPLACED

Good lord, when stores have sales I tend to go crazy! This time around, Space Cat, a local used game store, moved locations to a bigger yet somehow more cramped space, and to commemorate the transition offered 50% off their used games under $9.99! I’m sure you can tell I picked up a lot of titles. What was doubly great about this deal however was the fact that a lot of games I previously passed on during my past visits to the store were still there, and now they’re even cheaper! Those account for a lot of the pickups this week. There was also a random visit to a board game selling couple on Craigslist that lead to a new Wii Fit as well as a very successful trip to Mountain View’s GameStop! And any week I can scrounge up a Sega Saturn game is a good week, so throw that onto the pile for this post as well! END_OF_DOCUMENT_TOKEN_TO_BE_REPLACED

Nintendo announced a couple weeks back that the loyalty incentive program, Club Nintendo, would be closing down in Summer of 2015, to be followed by a yet-unannounced new program. The Big N also promised dozens of new rewards and games to spend your hard earned Club Nintendo Coins on before the program shuts its doors for good. The company came through on those promises on Monday, releasing a handful of new physical rewards to spend points on, as well as over 100 digital games across all of their current systems! These are the last items to be made available for the entire program, with nothing (assuming Nintendo sticks to what it has stated) being added until the discontinuation of the service in July.

So if you have Club Nintendo points, now is the time to use them!

Now that the rewards catalog has been fully updated, there are still two more important dates to remember: 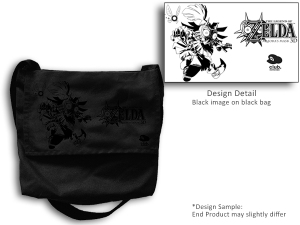 Leading the charge is easily the 800-Coin The Legend of Zelda: Majora’s Mask Messenger Bag. Big enough to hold a standard or smaller sized laptop, the sweet bag comes stitched with the Majora’s Mask logo, the Club Nintendo Logo, and a cool rendering of the Skull Kid and the titular Mask. It’s pricey, coming in as the second most expensive item on the entire list, digital or otherwise (for some reason Nintendo thinks Wii Party U is worth 850 Coins. Great game, but really?)., but it’s also a cool item, and one that will surely have huge collector’s value in the future. Also, unique Zelda swag, especially officially licensed from Nintendo swag, is hard to come by that doesn’t also come with a Hot Topic price tag.

The only other new physical items added that I think are worthwhile are the 2016 desktop calendar, which sounds kind of lame but if it’s like the one they’re showing off from 2015 is actually pretty awesome, and the Majora’s Mask Fierce Deity puzzle. I’m not a huge puzzle fan, otherwise I’d fork over the Coins for that too. As far as other physical items go, Club Nintendo has had a nice string of those “Card Case 18” cases that can store your loose DS/3DS games, but this new one isn’t as neat as the others in my opinion. 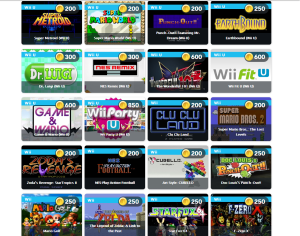 If you’re like me though, you’ll really want to take a look at those digital games you can download. And man, take a look indeed, because there are over 100 games to download with your Coins. Virtual Console games, eShop games, and even full-blown retail games for the Wii U, 3DS, and the good ol’ Wii are included. Here’s a few highlights:

Those are the games that caught my eye at first, but looking through the list again there are some other really great titles! You should have no problem spending your points between now and July, because there’s both quantity and quality included.

Nintendo really outdid themselves with this final lineup of Club Nintendo content. It makes me wish Club Nintendo was like this all the time: a few dozen games to choose from each month, instead of just six, which were starting to be repeats.

While I’m sad to see Club Nintendo leave (I actually kind of did enjoy doing those silly surveys), I am hoping for bigger and way better things with the next program Nintendo will roll out. I hope to hear some details about it soon since the old program is now terminal. I’m pulling for more physical rewards, but I bet Nintendo will go with a money-incentive based program, meaning if you spend so much/register so much, you’ll get kicked back some spending cash on the eShop. It wouldn’t be the worst thing in the world, but not my cup of tea.

So don’t forget to spend those points! Pick up something nice for yourself and wait for the next (hopefully) great thing to come out later this year!

It’s been a long time since I picked up some games on Craigslist, but this week was too good for me to pass up. Making it even better were three (!) successful trips to three different GameStops. I picked up Wii games, DS games, and even a couple PSP games. Whenever I can get three consoles or more in one week’s Roundup I feel a little bad: maybe I’m spreading myself too thin with all these consoles to possibly buy for, but then I look at the actual games, remember why I want to play/own them, and justify the purchase. END_OF_DOCUMENT_TOKEN_TO_BE_REPLACED